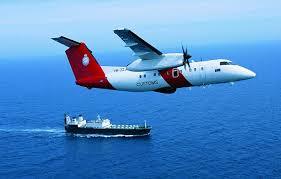 The growth across all sectors of the UAE economy has been on an upsurge for a fair bit of time now. According to a report based on research by Euler Hermes, well known provider of trade credit insurance, the Emirati Gross Domestic Product(GDP) will see about 4.5 per cent growth next year. In the current year itself, UAE will see rise in GDP by about 4.2 per cent.

Last year that is in 2013, the export value of UAE touched the AED 1.4 trillion mark. This year we are expecting to see a 6 per cent rise over and above this figure. The trend is anticipated due to heightened demand from countries such as Thailand, India, Taiwan and Singapore. With the freight and logistical niche growing on such a strong footing, UAE is also poised to see positive growth in the next many years to come. No wonder, after Saudi Arabia, this country ranks as Middle East's most diversified economy.

While all is well on these fronts, there are few factors that cannot be overlooked. These factors include-

It is in this context that the need for trade credit insurance becomes more pronounced.