Will Drones Change The Future Of Logistics In The UAE? 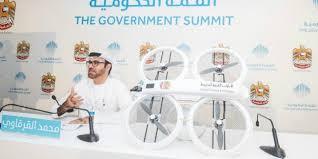 Just some time back, drones in Russia created a stir worldwide-- when they were used in place of pizza delivery personnel. Now the drone rage has flown over to the UAE. Guess what? The freight and logistical industry is planning to incorporate drones in its line of ops soon. Since the time Dubai has taken up a pledge to turn into a modern day "smart city", authorities and biggies in the freight and transport industry are toying with the drone idea. Ever since the National Innovation Strategy saw launch under the aegis of Dubai's ruler, Vice President and Prime Minister, His Highness Shaikh Mohammed bin Rashid Al Maktoum, tech talks are being taken up seriously.

Since a wide prong of the NIS is to catalyse innovation in the niches of air, sea and land transport/logistics, we believe that drones actually can help enhance service allied efficiency and curtail costs too. Unmanned aerial vehicles or drone can also save the involvement of human resources directly in the delivery aspect of freight and goods.

Firms such as Global Capital Partners and others are taking keen interest in making such plans a reality. Till the time, things actually shape into reality, security concerns along this line needs to be polished. While efficiency is ensured, a latent issue is the safety. Probably a couple of months more could clarify these as well.