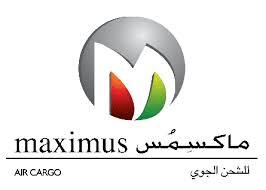 A year ago from now, Maximus Air, one of UAE's popular cargo carriers had grounded its A300 fleet. The reason cited had been low demand for the same. Thanks to the current market in the freight segment looking up, Maximus Air is set to expand business from early next year. The carrier had been undergoing restructuring since 2013. In fact, it maybe of note that Maximus Air is UAE's biggest carrier of cargo.

When quizzed on what made the cargo carrier rethink its expansion plans, Mohamed Ebrahim Al Qassimi quipped that it has been receiving an enhanced stream of bookings all across its fleet. The bottom-line, he added, remains that Maximus Air will keep its focus on the main business while ensuring that it taps newer opportunities for growth. With the UAE economy’s freight industry poised on a positive hinge in terms of growth, the airline is trying to develop a new line that exclusively renders services for VIP cargo forwarding. It is also set to forge strategic ties with markets as diverse as Africa and Europe. Thanks to its internal cost cuts, following the A300 fleet grounding last June, the airline could pay attention to charter operations and allied wings of its business.

We sure believe that with factors such as scope to house shipments of various types, ability to operate aircraft minus traditional airport service and ability to make landings across most major and minor airports; make Maximus well heeled in its climb up the peak of growth in 2015.